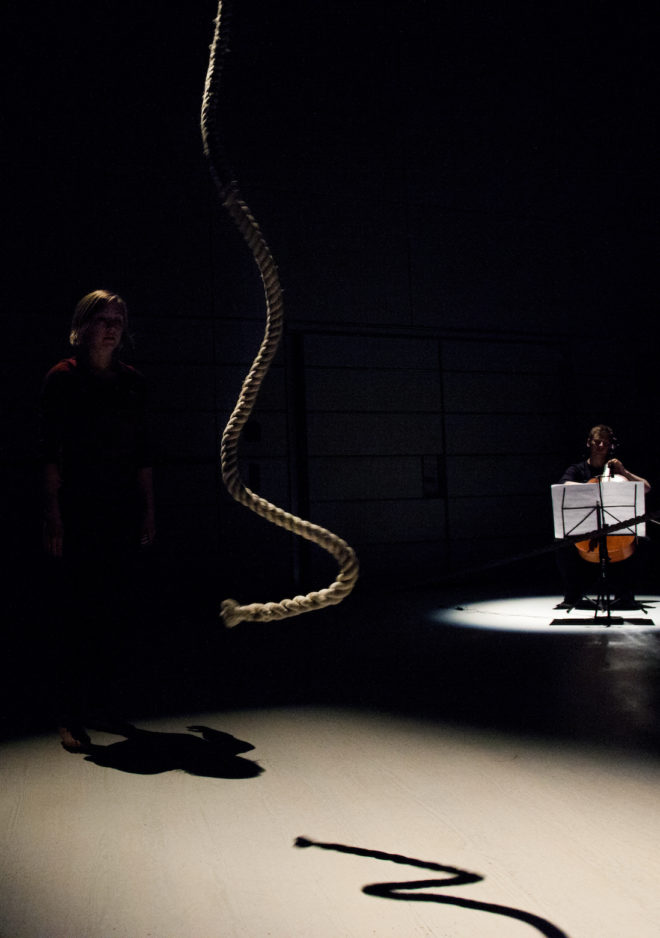 Handspun was commissioned by the Royal Opera House, London for the cello and a rope.

“While clearly born of the steeliest skill, the piece gave an impression of profound detachment and peace. I envied her.” – Luke Jennings, The Observer

“Jäntti combines unique rope-climbing and choreographic skills in a work that makes viewers forget technical bravura and focus, instead, on a well-designed game of dramatic tensions. Her interaction with the ropes turns those implements into co-protagonists, with whom she engages in a silent, though theatrically expressive dialogue. And, as in every conversation with the most trusted of friends, tones vary considerably, shifting from the affectionate to the confrontational, from the teasing to the coquettish.” – Giannandrea Poesio, The Spectator