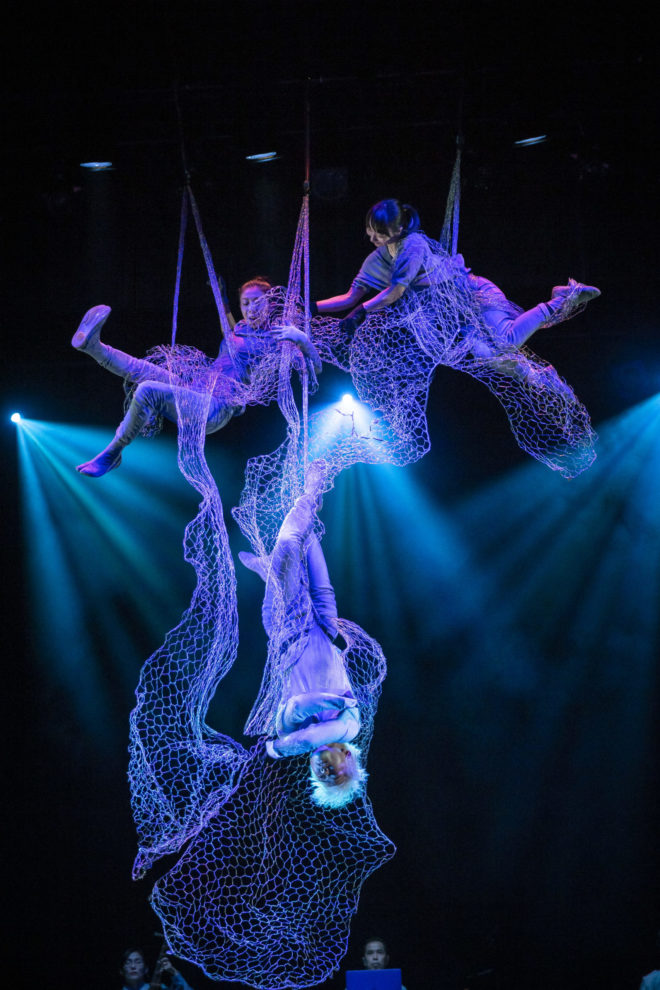 To celebrate the 100th anniversary of diplomatic relations between Finland and Japan, contemporary circus artists from both countries came together for a new collaborative project. The project began in May 2019 with Ilona Jäntti’s workshops in Setagaya Public Theatre and Setouchi Circus Factory. The workshops also doubled as auditions and 5 Japanese artists were chosen for the performance.

The finale of the project was a collaborative performance Air that premiered in Namiki Square Theatre in Fukuoka in November 2019.